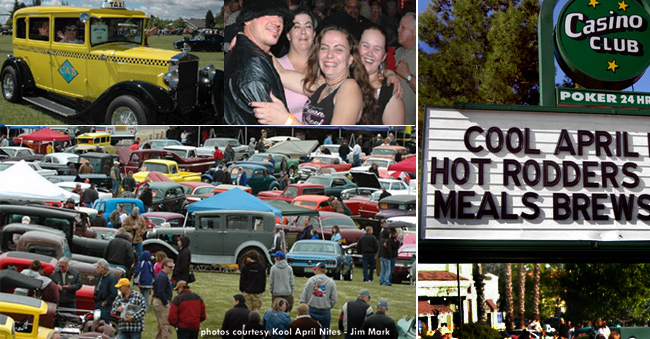 Redding, Calif.-- Launched in 1989 when a bunch of car lovers wanted to have an event to get together and celebrate their beloved cars, the Kool April Nites isn't just for participant car owners. The public can also come on Saturday for the Show and Shine, or watch the car parade as it passes on its route on Friday night.

Great cars, music,  food, bobby sox and ponytails are perfectly OK at this event.  You'll find: * Miles of Classic Cars * Show and Shines * Trophies * Food * Music * Dances... and more fun than two people in a rumble seat at the drive-in.

Kool April Nites events are subject to change. Kool April Nites is a non-profit organization that is staffed by over 500 volunteers and donates all its proceeds to local organizations dedicated to children's education. We are not associated with any other vehicle shows in Northern California.