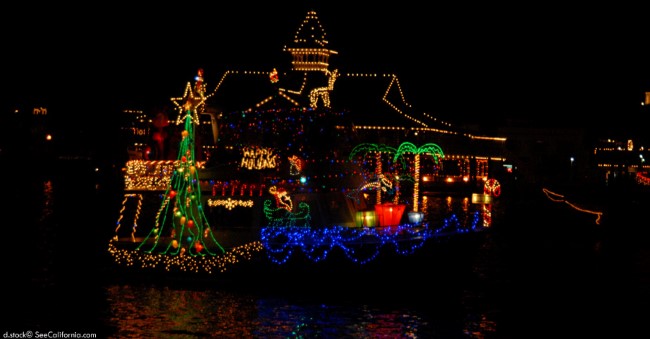 Newport Beach Christmas Boat Parade can be enjoyed on terra firma, as well as buying a ticket and riding on one of the lit up boats. Either way, it is great fun.

For viewing, the most popular locations are on Balboa Island. There are numerous public docks providing vantage points. The crowds gather and the night in which fireworks are launched is the most crowded of all so you need to get there early.