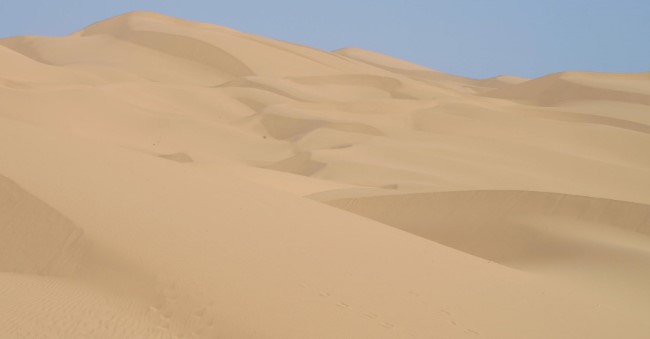 Imperial County extends over 4,597 square miles, bordering on 30 miles north of Mexicali, Mexico is one of 58 counties in California, and the last county to form in the state. The county has seen some of the greatest growth of any California county, recently experiencing 2% increase in population in a single year. There are 6 incorporated cities in the county--two of them ranked in the top 10 fastest growing cities in California in 2010. Imperial came in #8 with 13,374, and growing 3% while Brawley with a population of 27,743 ranked 9th fastest growth with a 2.8% increase in a single year.

Known for its cattle raising and feed industries, the county features very hot summers with half the days of the year over 90 degrees and many days reaching 120. With average rainfall of less than 3 inched per year, a need for water sources is critical to the county's livelihood.

Imperial County shares borders with Mexico to the south, Riverside County to the north, San Diego County to the west, and the State of Arizona to its east. The terrain varies from 235 feet below sea level at the Salton Sea to 4,548 feet at Blue Angel Peak.

Imperial County was once part of San Diego County. Until water was brought into the area in 1901, no real development occurred.

Algodones Sand Dunes - Imperial Sand Dunes Recreation Area, the largest sand dunes in California, extend more than 40 miles along the eastern edge of the Imperial Valley agricultural region. They are generally 5 miles in width, and contain 3 areas. 1. The northern most area is known as Mammoth Wash. 2. South of Mammoth Wash is the North Algodones Dunes Wilderness established by the 1994 California Desert Protection Act. Access is by hiking and horseback. 3. The largest and most heavily used area begins at Highway 78 and continues south just past Interstate 8.

Colorado River is approx. 1,450 miles long and flows from north of Grand Lake, Colorado into the Gulf of California. The river is popular for fishing, boating, water-skiing, and jet-skiing.

Fort Yuma on the banks of the Colorado River in Winterhaven, California was established to protect the southern emigrant travel route to California and to attempt control of the warlike Yuma Indians in the surrounding 100-mile area.

Fossil Canyon and Painted Gorge near Ocotillo in the Coyote Mountains features Miocene epoch fossils such as oysters. The Painted Gorge is rich with color, consisting of sedimentary rocks.

Imperial National Wildlife Refuge along the lower Colorado River in Arizona and California features backwater lakes and wetlands contrasting with the surrounding desert mountains. It is a refuge and breeding area for migratory birds and local desert wildlife.

Salvation Mountain is an artificial mountain north of Calipatria near Slab City made from adobe, straw, and thousands of gallons of paint. It is funky and fun. Some even say it's dumb!

Sonny Bono Salton Sea National Wildlife Refuge at the southern end of the Salton Sea in California's Imperial Valley40 miles north of the Mexican border is part of the Pacific Flyway. This one-of-a-kind location 227 feet below sea level in the Colorado Desert experiences some of the highest temperatures in the nation. From May to October daytime temps generally exceed 100°F.

Across the border: Mexicali Mexico has a zoo, a sports convention center, museums and an international airport. Visitors cross by foot or car from Calexico, Calif. Pharmacies, medical and dental services are becoming increasingly popular to U.S. citizens who can't afford treatment in California. Bars and dance clubs attract the 18 and over crowd. The usual stalls & shops sell everything from silver jewelry to wooden carved items and clothing.