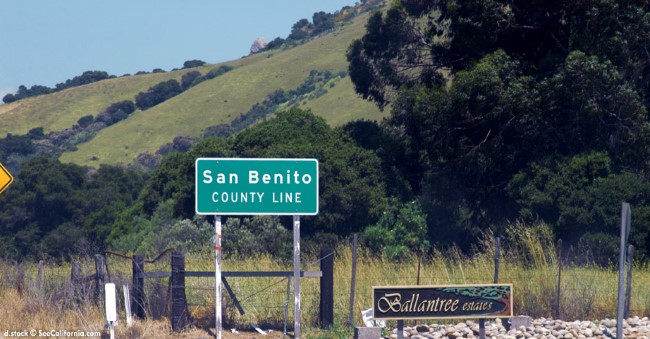 As you can see by the road sign that greets you to the San Benito County Line, the region has wine! Not that's a nice sign.

The cities are few, but well known locally. Hollister, in fact, received a threat from the clothing line called Hollister when the city that's been around before the clothing was ever envisioned, sold it's own city name clothes called "Hollister".

San Juan Bautista is an historic city with known for the Mission San Juan Bautista, and for its position along the San Andreas Fault Zone with seismic (earthquake) activity.