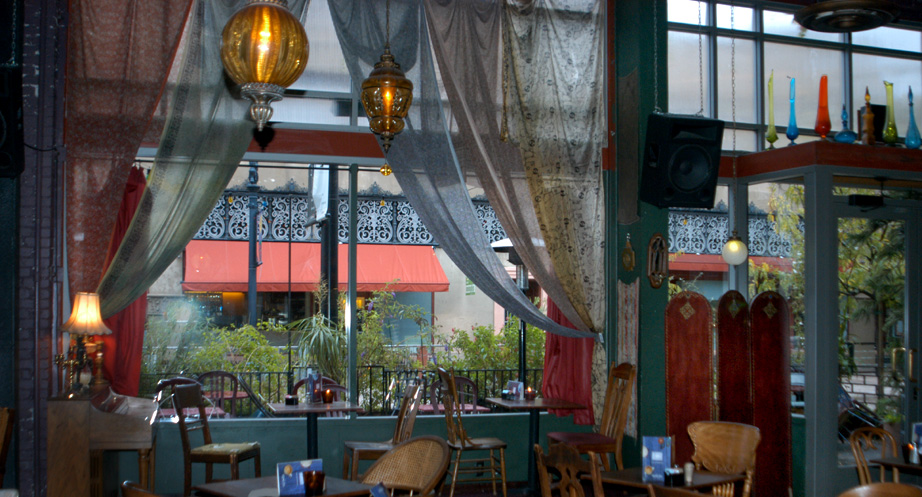 Santa Ana, CA -- There are many great cafes and restaurants outside the chain "box" to enjoy in Santa Ana and some of them are located downtown. One is in the Arts District, and is a popular hang-out for a bite to eat, some coffee, and evening entertainment ranging from guitarist/singers to bands and poetry nights.

On the calendar of events Sunday through Thursday nights are usually open mic, Django jams, or maybe just hanging out. Friday & Saturday you will usually find a single musical artists, or jazz trio. The first Saturday of the month is always Artist Village Open House, however, and is hopping because of all the people.

On the menu is breakfast with Waffles, Eggs, Fruit & Yogurt, French Toast, Pancakes and Oatmeal with fresh brewed espressos or coffee blends.