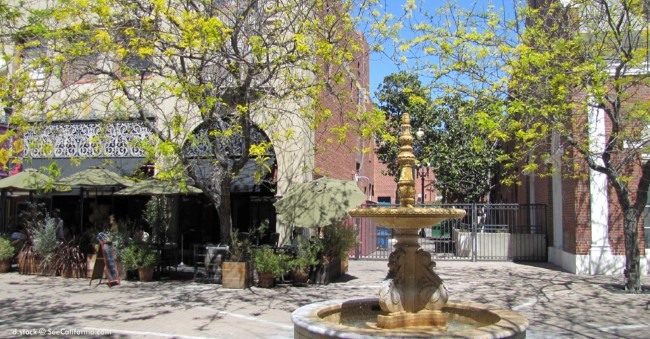 Santa Ana is the largest city in Orange County, California, and has one of the largest Hispanic populations of any city in the nation. The downtown shops cater to an Hispanic audience with foods, clothing, art and books all sold with "Spanish spoken here", and some English, as well. In fact, the downtown area offers an eclectic blend--a cultural soup rich with flavors that include Latin culture--but also an arts district with all sorts of talents showcasing many cultural influences. Art walks and art nights are featured regularly, and are ideal for those seeking an interesting experience unlike the beach communities (Santa Ana is approx. 20 minutes from the beach by car.)

From the pushcarts with beverages and snacks that are unique, to the entertainment, clothing and movies shown in Spanish, downtown Santa Ana is like walking into Old World charm.

The County seat and courthouse buildings are located nearby, adding another dimension to the city, which has its own zoo, Bowers Museum, and Main Place shopping center where an Arnold Schwarzenegger movie, Kindergarten Cop, was filmed.

One of the more interesting things for tourists and locals to participate in is the art colony in downtown. A row of shops and museums featuring art often showcase and host prominent artists in art walks and artist nights, complete with entertainment.

The hotels in the city are mostly affordable and comfortable, though there are no luxury accommodations till your get to the beach, approx. 25 minutes distance from Santa Ana.

If you go, be sure to visit the downtown Arts District along Broadway. A great cafe with a full menu of sandwiches, coffee drinks, desserts and entertainment is Gypsy Den.

Here's a list of things to do when visiting Santa Ana. Among our favorites - the Discovery Science Center.

Many stores in downtown Santa Ana sell the gifts and clothing geared solely toward a Hispanic audience. Yet in the midst of this non-English speaking section of town you'll find some lofts, renovated buildings and cool, trendy hangouts that are throwbacks to the hippie era. And don't forget that Santa Ana is the heart of county government.