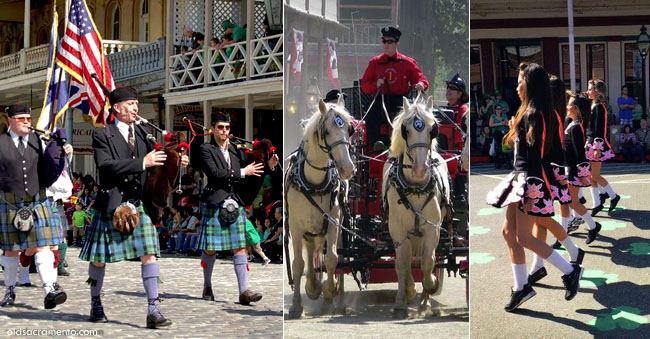 oldsacramento.com
Parade forms on 2nd Street between Neasham Circle and O Street near Crocker Art Museum. Steps off at 1 p.m. from Neasham and Front

The O'Sacramento parade is one of Sacramento's most colorful and fun traditions, recognized as the largest & most colorful parade north of San Francisco. Over 50 units and 1,000 marchers dressed in green, include Irish and Highland dancers, pipe and drum bands, historic re-enactors, Celtic costumes, bagpipers, bands, military regiments, police and fire and a variety of cultural organizations. Always a free event, the St. Patrick's parade proceeds through Old Sacramento and national historic landmark district. Thousands of people attend the event which includes live entertainment before and after the parade on K Street.