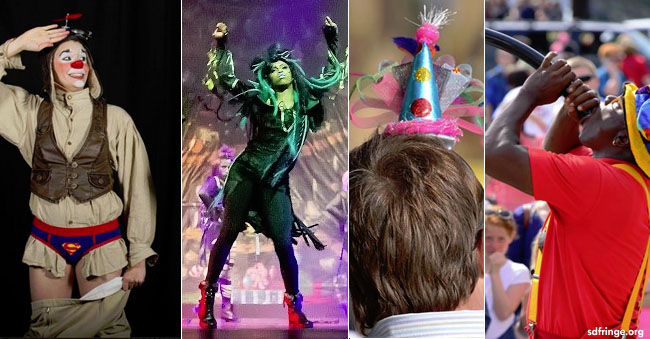 What is fringe? A Fringe is a grass roots Festival with freedom to celebrate and exchange. It's a Fringe of a Festival or a Festival of Fringe Arts made possible by the people who take part. It's emerging arts and culture -- and San Diego is becoming the mecca for this trend. In the spring at Seaport Village the annual Busker Fest introduces you to the concept -- and it's free. It's a great introduction to Fringe.

Largest performing arts festival on the West Coast, tickets are sold individually or you can purchase a pass for multiple shows and events. $10-75 approx. From painted canvas to stage performances, concerts, and even jugglers and contortionists, the event is a whopping 10 days of the unusual, odd, unexpected and unconventional shows that no one goes away from without being entertained.

The acts, plays, concerts and performances include colorful costumes, talented actors and actresses, comedians, interactive show sometimes and even dancers. If you love the arts, this is the one event of the year that you owe it to yourself to attend.