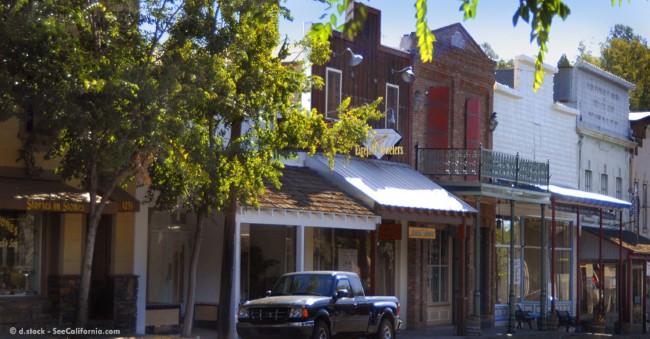 Angels Camp, Calif.--Native Americans lived in the Sierra foothills for thousands of years before the Spanish and European settlers arrived in North America.

But the one major influence in Angels Camp area was the discovery of gold, creating a gold rush of proportions the world had never seen.

Founded in 1848 two years before Placer gold was discovered, Angels Camp is located between Yosemite and Lake Tahoe three hours from San Francisco where goods initially arrived to feed and cloth the miners from around the world seeking to discovery gold and make it rich.

Angels Camp has had many names and variations of the word "Angel" derived from Henry and George Angel of Rhode Island were soldiers serving under John C. Frémont during the Mexican-American War. When the California Gold Rush started, they both prospected for a short time. Like so many would-be miners, they discovered they could make much more money serving the miners with services and goods, thus setting up a shop they operated as a trading post. It soon became a camp, and then a town.  Some sources credit one of the brothers, Henry Angel, with establishing the trading post.

The placers around their camp were productive and attracted up to 4,000 miners.  After several years the population began to dwindle along with the gold, until gold-bearing quartz veins were discovered in the town, which brought people back. Those mines operated for the next few decades, producing over $20 million worth of gold, processed by stamp mills in town.

The first post office in 1851 was called Carson's Creek. It was renamed along with the town in 1853. The city was incorporated as "Angels" in 1912.

Angels Camp's greatest prosperity came with the deep gold mines between 1880 and 1920.  Many of the Gold Rush buildings still line Main Street. You can recognize them by their thick stone walls and iron shutters.

Angels Camp is the only incorporated city in Calaveras County and today's population is slightly short of the town's residents that lived in the "camp" during the height of the Gold Rush.

One of the best ways to visualize and learn about the history is at Angels Camp Museum.