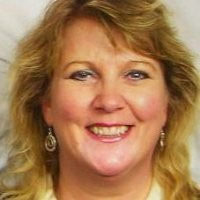 Contribution: Chill Out at the Ice Hotel

With over 2,000 articles published worldwide in print and on the web, Sheila O'Connor has written articles about travel, women's self-help, family, humor, golf, relationships and more.

She's worked for the BBC in London, the International Monetary Fund in Washington DC, an American Law Company in Paris, France and now lives in San Francisco.

Fluent in English, French, German and speaking some Italian and Spanish, the native of Scotland has found her knowledge of languages useful in several European jobs and many travel assignments.

In addition to publishing a subscriber-based newsletter distributed in the US, UK and New Zealand, O'Connor also edits newsletters for professional writing organizations and writes regular columns in sports and lifestyle publications.

With a busy life and many projects and assignments on her plate, Sheila O'Connor especially enjoys getting out of the office and taking trips. Some of her travel stories have been so popular that they have appeared in numerous publications. We suspect that the article she shares with us is one such example.