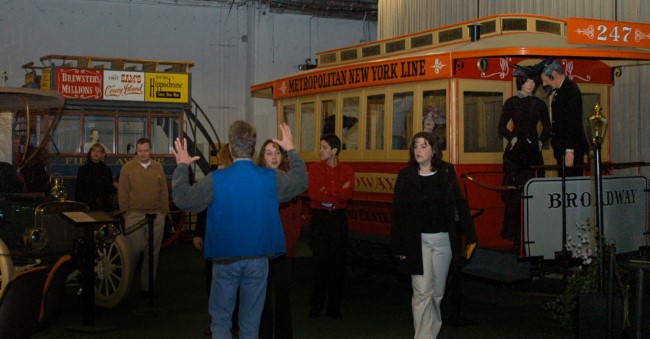 California Automobile Museum (formerly Towe Auto Museum) in Sacramento, California is a 71,000-square-foot facility initially named after car collector Edward Towe, but then renamed in 2009, removing Towe's name from the title. Initially filled with antique automobiles on loan from the Montana banker's private collection of 250+ Fords and antique autos, the nonprofit California Vehicle Foundation (CVF) operates the museum and its many community-oriented programs such as classes, seminars and organ concerts. Formed in 1986 through a Ford Motor Company grant of $100,000, CVF arranged for Edward Towe to exhibit most of his automobiles in the Sacramento car museum.

When the Museum opened its doors in May 1987 it was filled with Towe's Fords. A costly sell-off of vehicles to pay IRS bills required re-configuration of the museum and its collection. The museum now houses a variety of antique vehicles that owners either donate or lend for display. Themed sections of the museum revolving around automotive history include The Dream of Mobility, a collection of letter-named Fords preceding the Model T. The Dream of Luxury is represented by Rolls-Royce, Pierce-Arrow and Hispano Suiza. The Dream of Cool shows off chopped Mercury and Deuce coupes. The Dream of Speed displays Lotus and Cobra, motorcycles and dirt track winners. The Dream of Independencelooks at the early automobile as a provider of newly-found mobility through mechanical improvements (the electric self-starter) and mass-production techniques providing affordability. The Dream of Better Times chronicles the 1930s - 1940s. And finally, a section called The Hall of Technology offers hands-on displays with cutaway engines and transmissions. Mechanical design and construction in built-up chassis show engines, transmissions, differentials, distributor machines, and valve grinders are displayed along with a variety of hand tools.