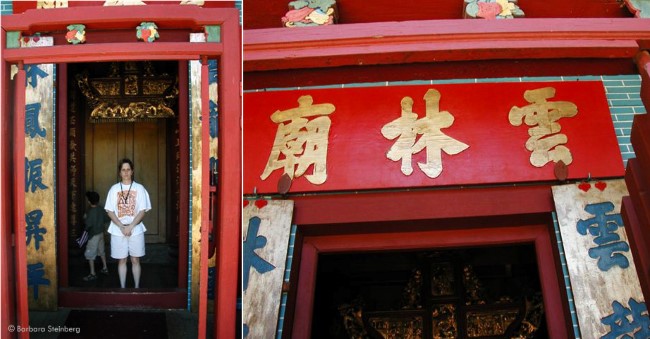 Weaverville Joss House, a Taoist temple, is the oldest continuously used Chinese temple in California. Weapons from the 1854 Tong War are among the unique artifacts on display in the serene, beautiful forested setting of the Trinity Alps. Built in 1874 as a replacement for another temple that had burned, much restoration and preservation has gone into this treasure of the California State Parks system in the Shasta Cascade region.

A nonprofit organization called Weaverville Joss House Association raises money through a variety of efforts such as special events and sales in the museum's gift store.

Where is Weaverville? It's an incredibly scenic drive along Highway 299 approx. 50 miles west of Redding and about 105 miles east of Eureka. Due to its inland location, the weather is closer to Redding's dry, summers with temps veering toward 100 degrees. Winters are typically cool and pleasant with ample rain. Weaver Creek runs nearby and locust trees complete the rural setting.