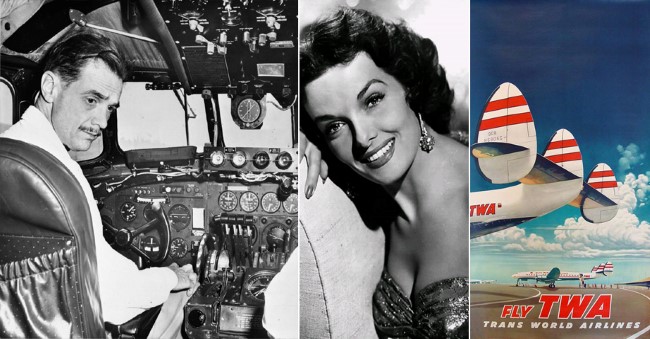 SANTA MARIA--Producer Howard Hughes helped make Actress Jane Russell a household name in 1943 and she remained famous for decades. More recently, she starred in the musical, "The Swinging Forties" at the Radisson Hotel, near her home in this Central California Coastal Community, where she passed away at 89 in 2011. 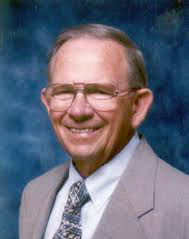 Ironically, the popular entertainer lived not far from another acquaintance of the legendary Howard Hughes--Bob Stock. He helped make the business billionaire's TWA successful in the 1950s and beyond. Stock said the eccentric Hughes, who once piloted the world's largest airplane, The Spruce Goose, in Long Beach, was known for flying other large planes solo.

"In the 1950s, I was a TWA manager in Kansas City when I received a call from Hughes, who was flying a 707 by himself from Burbank to K.C. While inflight, he told me to get the third floor of the Muehlebach Hotel cleared out because he wanted to stay there and didn't want anyone else on the floor."

"I called the hotel manager and told him Hughes' demand. Somehow, he was able to relocate everyone staying on the floor to other rooms or hotels. Hughes landed and we had him taken to the hotel and escorted up to his suite."

Stock told the story of an unshaven, unkempt Hughes, who the doorman refused to let in at the very same hotel on another occasion. "Where do you think you're going?" the gatekeeper asked. "I'm Howard Hughes and I'm going to my suite." "Get on your way," ordered the unbelieving entrance guard, who refused to let him in. Moments later, the hotel employee decided he perhaps should check to see if "Howard Hughes" was indeed registered there. He came rushing back to Hughes, still standing outside, gulped, and said, "Sir, may I escort you to the elevator?" (Hughes was definitely "on his way up" not only in the airline industry but hotel business as well. In 1967, TWA purchased Hilton International!)

Another time, Hughes showed up at Stock's K.C. office "in a derby hat, clothes that looked like he slept in them and a stubble on his face." "Here you had a guy, who helped make TWA famous for its global connections, popping in on us," said Stock, who worked for the company in Illinois, Missouri and California. "He sat down with employees in the Operations Office and spent 3 hours chatting with us just like one of the guys. Hughes was so down-to-earth and answered every question anyone asked. We really appreciated his honesty, candor and caring attitude."

Once, TWA paychecks did not arrive on time. "He sent us a letter apologizing and explained that a bank had temporarily held up payment and we'd be receiving them soon," Stock said. "We did get our checks and a surprise bonus $100 Christmas check as well. It was his way of apologizing. A hundred bucks was a lot of money back in the 1950s and meant a lot to us."

"We loved the guy and had a deep respect for him, not only for his knowledge about aircraft, but because he really cared for us," said the friendly fellow, who worked over 30 years for TWA in a variety of key assignments, including manager of air freight at Los Angeles International Airport.

The colorful billionaire may have been controversial and strange to some, but to Stock and many others, "things at TWA were never better than when Hughes was in control. He died in 1976 but we'll always remember him."