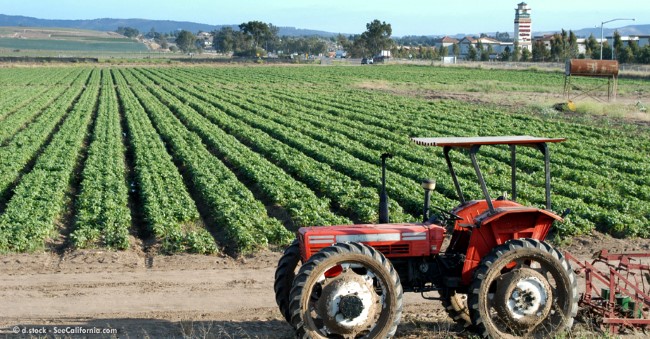 Santa Maria, California on the Central Coast is the largest city in Santa Barbara County with a population that exceeds 100,000. It is approx. 10 miles inland from the Pacific Ocean. Its mild weather and ocean breezes blow through the valley, cooling the wine grapes that thrive in the Mediterranean climate.

Known for Santa Maria BBQ, the city sells a specialty Tri-tip cooked on oak wood and served with salsa and baked beans. You'll find more than a fair share of tri-tip sold at restaurants and stores, and the community parks feature huge bbq grills big enough to cook an entire cow practically.

Between 1875 and 1885 Santa Maria was first called Grangerville, then Central City, but settled on the final name of Santa Maria when the mail service was mixed up with Central City, Colorado delivery. Symbols around the city sport a Spanish sailing ship and the city logo on its website is also a ship.

There's a weekly farmer's market, several shopping malls, lots of chain restaurants, a Costco, Walmart, and all the conveniences you'll normally find in a city of 100,000 residents. A local industry that continues to thrive is farming. From wine grapes to strawberries and vegetables, the superb Central Coast climate allows for year-round growing with seldom a freeze.

Several of the big events each year include the Santa Maria Elks Rodeo and Parade, the Strawberry Festival and Christmas Parade. Santa Maria is known for its cowboys and there are some award-winning rodeo competitors that come from this part of the Central Coast.