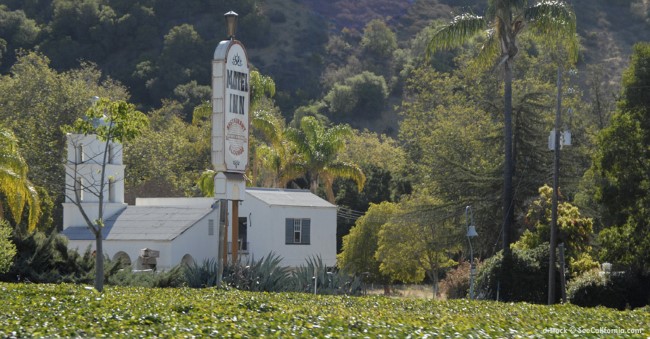 San Luis Obispo Has First Motel in the World

San Luis Obispo — In the era of the car travel that launched the 20th century into modern vacationing, the first motel in the world was built and became a successful concept along Interstate Highway 101 in San Luis Obispo, California.

Comfort and convenience were key in this new era of travel which brought about new thinking in regards to where people would sleep while on the road. Previously there were two options—camping or hotels. At hotels you would check into a desk and within a building find your assigned room. In contrast, the 1st Motel allowed guests to park, check into a small office or lobby to receive their room key, then move the car to the parking lot near the part of the building where a self-contained unit was ready to be occupied, usually with the automobile mere steps from the parking lot.

Los Angeles architect Arthur Heineman coined the term "motel" and built the first motor hotel in San Luis Obispo in 1925. Halfway between San Francisco and L.A., "Milestone" charged $1.25 a night for two-room bungalows complete with kitchen and private adjoining garage. All the units faced a central courtyard which housed the swimming pool and included picnic tables for social gatherings.

The plaque on the building you can see from Interstate 1010 on the north side of San Luis Obispo along motel row reads: "Motel Inn. This is the site of the world's original and first motel. Construction started in 1925 at a cost of $80,000. The word 'motel' was first thought of here by architect Arthur Heinemen. Dedicated October 22, 1988 by Native Sons of Golden West, Frank Compani, Grand President And San Luis Obispo Parlor No. 290"