1 Out of 2 Americans is Poor or Low Income, Yet Holiday Spending is on the Rise 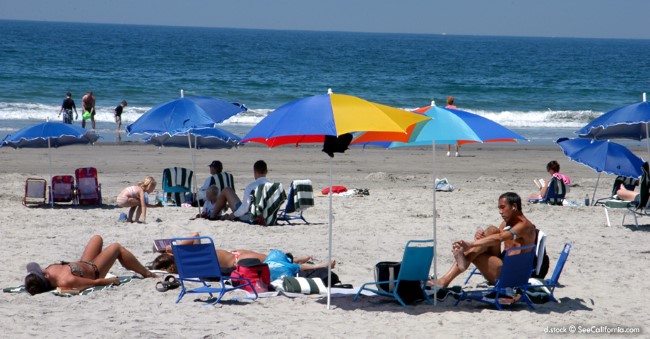 Christmas is expected to be picture perfect in 2011. Some beaches will reach the low to mid-70s with sunshine predicted. If you can’t think of anything else to give as a present, make a cool little card with a photo of your favorite place and include a message that says you will take the recipient there as your gift to them. You can even include lunch as part of the deal. Pictured is the beach next to the outdoor ice rink at Hotel del Coronado. The beach is open to the public and it’s absolutely free like all the beaches are in California. That’s 1,000 miles of gift giving!

The statistics are nearly unbelievable but it’s happened! 1 in 2 Americans is poor or low income, according to wage and income statistics. To give you a rough idea of how “poor” is measured, a family of four below $45,000 income is considered poor. And around half America is reportedly living on a little more than $11,000 per person each year, minus taxes, which makes it a lot less.

In a holiday season where shoppers pushed & shoved to get Black Friday deals in near mob scenes, something isn’t adding up as retailers say they are experiencing one of their best years in holiday sales, and will see a significant rise in sales over last year. So what gives? How can more people become poor, yet national spending increases year over year. Maybe things simply cost more due to inflation and break down more than ever. That is my experience.

Our family put a moratorium on gift giving and we haven’t contributed to the increase in Christmas spending, or have we? We had to buy more items than usual, and it all happened after Black Friday countdown began.

Here is our “Christmas”:

I am thankful this year that my parents have a roof over their heads, that my sister is getting enough contract work to stay in her house, that my brother and his wife have kept their jobs, and that we’re all alive during these interesting times, many of us in California where the weather is fine! Happy holidays to you and your family as you count your many blessings.