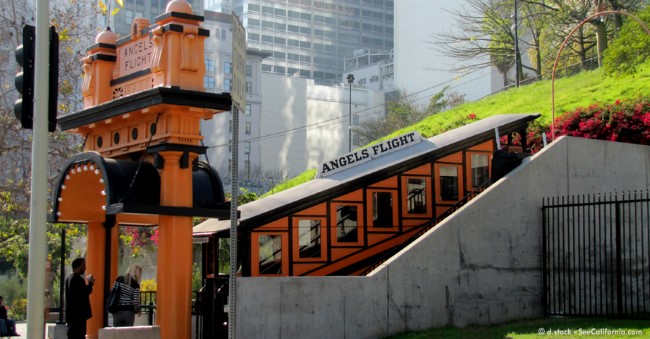 Though Angels Flight, a bright orange funicular billed as the shortest commuter ride in the U.S., only costs a quarter any time, today it has gone down to 1 cent in celebration of its 110 years of service, taking the elite, the ordinary, the shopper, the tourist and the infirm, up and down a small set of steps at Bunker Hill in downtown Los Angeles. The For $1 you can get a limited edition souvenir / lottery ticket, but quantities are limited, as they have only issued 1,000.

Jim Dawson, author of a book on the landmark railway is selling & signing copies across the street at Grand Central Market, adding to the festivities of this low-key event and ride. This is the second year of the Flight’s one penny promotion which began in 2010 to celebrate the 109th anniversary.