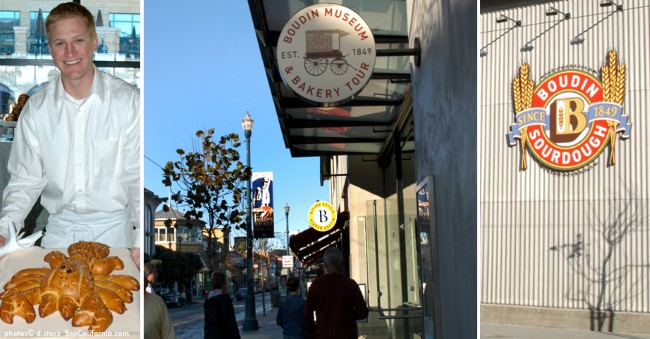 They say that Rice-a-Roni is a San Francisco treat, but some prefer Boudin sourdough bread. It’s one of those food items that either you like it or you don’t. For some, the taste of sour bread doesn’t stick quite as well as a sweet sticky rice. But for those who have acquired the taste for this “made in San Francisco” tradition, you’re in good taste. Buy a fresh crunchy loaf, smeer some real California butter over it and you’ll be mooing (like a cow) with delight.

It began 162 years ago in 1849 when Isidore Boudin first applied the artistry of French baking to a basic Sourdough technique and created the Original San Francisco Sourdough French Bread. Her name lives on in California and is famous around the globe since the bread formula has spread its way to other parts of the world. In California, you can tour the Boudin Museum in San Francisco or visit the Disneyland version in the Anaheim’s California Adventure. Read more!