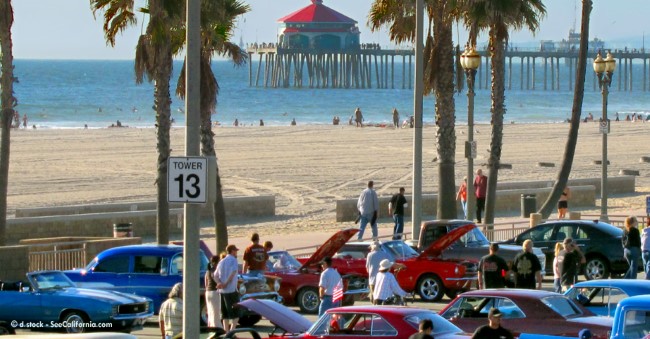 When a group of car lovers in Southern California decided launch a new car show to benefit veterans around the time Veteran's Day is celebrated, they could not have imagined their first event would attract 500 car entrants.

Car shows are one of the most popular events throughout the year, and it is no surprise that California is the classic car capital of the world. There's no Detroit here and maybe only a few manufacturers of cars within its long history as the entertainment capital of the world. However, there are many car museums, and thousands upon thousands of pristine or beautifully restored automobiles that came off the assembly line in the nation's car manufacturing centers in the Midwest.

"I collect cars and attend car shows because there's no better way to spend a day at the beach," said Chris Young, of Huntington Beach, Calif. He owns a 37 roadster and a yellow VW bus.

The cost to purchase an antique of older car model (pre-1980's) can be as low as a few thousand dollars, and restored or high value collector cars have garnered well over $1 million.

If the first annual Surf City Beach Cruise Car Show is any indication of the popularity of classic car interest, then you'll be glad to know there are well over 10,000 car events held in California each year.