California Ranks Top 8 out 10 Most Polluted Cities in the U.S. 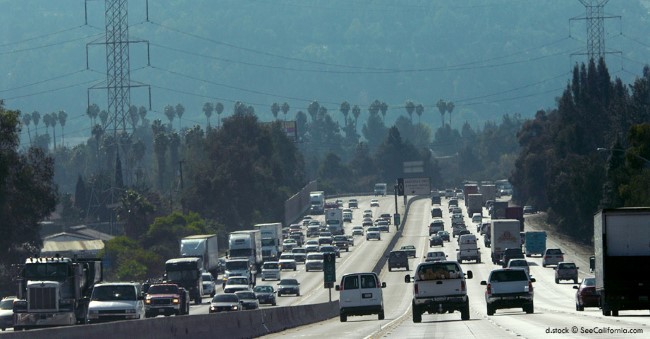 It’s a pretty good day on the 210 Freeway in L.A. when the cars and trucks are moving.

Just when you think you’re living the healthy life in the land of sunshine, the other shoe drops and you find out that maybe the picture isn’t quite so rosy. California has the top 8 out of 10 most polluted and unhealthy cities in the U.S., including the number one spot– Los Angeles.

Recently several groups of concerned citizens in Long Beach filed lawsuit against Rail operators near their homes. The lawsuit seeks more stringent regulations on the rail facilities and asks that the cars be upgraded to reduce pollution to the residents that live and breathe the residue as cars operate and idle outside people’s back yards.

While rules & regulations in place to reduce pollution have taken a big bite out of the problem, California continues to grow and the pollution is not going to go away. Much of the pollution such as ozone is odorless and invisible. You’d never know that you’re being exposed to large doses. While California’s air resource board publishes a list of 50 things you can do to help curb pollution such as rotate tires, drive less and drive more efficient cars, taking pubic transportation isn’t an option for many commuters who can put in over 100 miles of driving per day.

In San Francisco (which is not on the list of most polluted cities,) public transportation is located within a several blocks of 90% of residents.