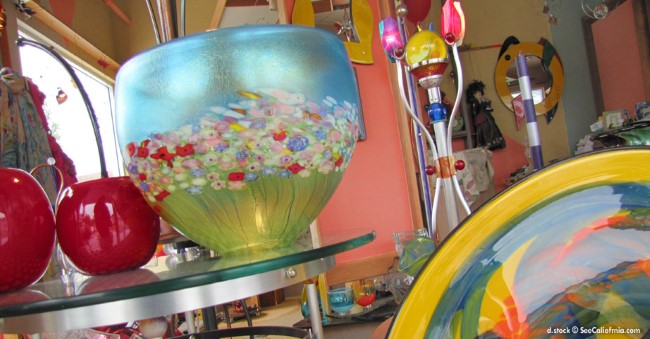 When things get tough, everyone begins making stuff. From the old fashioned doily dollies to a sleek glass bowl hand blown and swirling with colorful patterns, the craft fairs (or faires) are upon us this holiday season and you can’t escape them. If you live in California it’s likely that you’ll find at least one craft fair nearby, and usually many more between now and December 25.

There are many events and things to do in California. Car Shows and Craft Fairs are just a few on the massive calendar of events. In addition to the farmers markets that combine produce and hand-made goods for sale, the special craft fairs have become fundraising efforts for schools, churches, nonprofits to help kids, sports groups–you name it. California is also home to a variety of companies that specialize in producing craft fairs for for profit. These companies are based throughout the state and produce their annual events in cities ranging from Sacramento to San Diego.