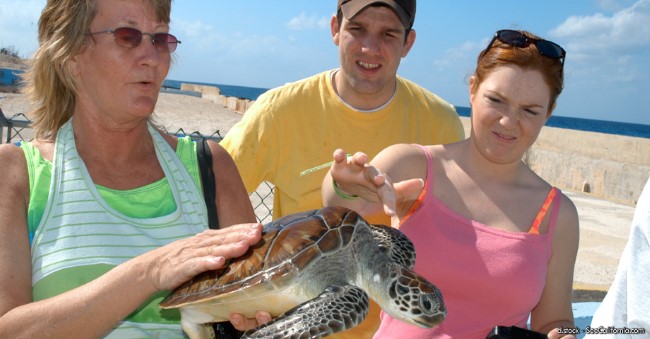 If you’ve never traveled on a cruise ship or have done so, but never on Christmas or New Year’s, there are plenty of surprises in store. Many of the crew members of these fantasy ships are spending their special holiday working, but they take time out to celebrate with other cast & crew members and present the shows to on-board guests in Christmas Carol performances, and often a special midnight holiday-themed buffet decorated with ice carvings of Santa Claus, reindeer shaped breads, and melons carved with intricate winter scenes. It’s a once-in-a-lifetime treat for those who normally are committed to being at a relative’s house for the holidays.

One of the best parts of the journey is seeing great, new beaches, special museums and aquariums such as a turtle farm, or even going in aquamarine waters to pet sting rays. That’s an unusual Christmas, for sure!

We checked the various cruise lines today and the cruise deal websites to discover that are still a few cabins available, even on some of the California cruises that leave ports such as San Diego and Los Angeles. If you want a real adventure, head out of California and for the Bahamas to experience warm sultry days, island nights, and very tropical delights!

My most memorable Christmas holiday cruise was perfect in every way, but ended with a very unexpected finish. Our last night at sea we headed back to port and got a jolt in the middle of the night. Things fell off the shelves and the boat rocked, giving the captain extra challenges as he headed back, where he had to make a special docking at a military berth. Why? It happened during the exact time the massive December 26 2004 earthquake measuring 9.0 on the Richter scale occurred in the Indian Ocean, setting off a tsunami that struck at 10 Asian and three African countries, leaving at least 130,000 people dead. They say the best place to be when a tsunami happens is in the ocean. We didn’t know what was going on, and most went back to sleep. And though the tsunami didn’t impact our cruise except to make us a few hours late in disembarking, all on board were touched with joy of a meaningful Christmas and sadness at those who were impacted or lost lives the day after in 2004.