Eating the RIGHT Seafood Is Good For Your Health, Doctor Says 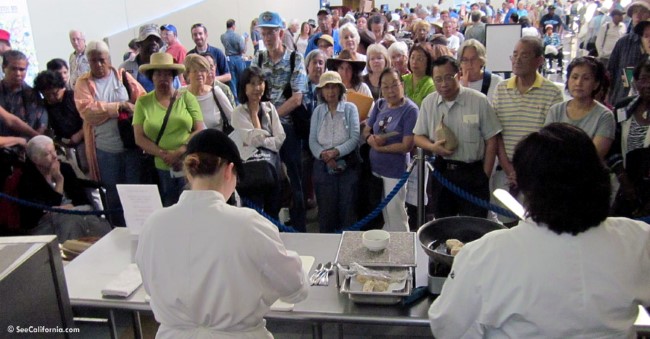 A fictional movie from 1968 starring Christopher Jones called "Wild in the Streets" portrays American society in transition. 14-year-olds are given the right to vote and they vote to place "old people" 35 and older into re-education camps. Once there, the oldsters are forced to take psychotropic drugs to live out their managed lives in various states of confusion, ecstasy and depression.

Does this sound outrageous and implausible? With the lack of jobs for younger generations today and the aged population expensive to care for, there's some truth in the message of this visionary film as you learn that between 20% and 30% of seniors living in care facilities are placed on psychotropic drugs. Sadly, the majority don't need them-they are simply being managed in zombie states to help save resources such as limited care staff. Legislation recently passed to cut funds that assist seniors to remain in their homes as they age, so this trend of drugging seems likely to continue and possibly increase.

The aging population comprising over 11% of Americans has to do something and go somewhere, but with little money at its disposal and societal focus on youth, old folks are increasingly being sent off to "camps" where they are permanently placed on pills till they die. That can take 20 -30 years after retirement and old age set in, however.

The issue is coming on strong in the U.S. where it's hard for Americans to buck the trend of using more & more drugs to feel better. Recent studies have shown that even children in schools are increasingly placed on psychotropic drugs while parents are told that they should allow this to happen so their children can fit in and function better. Some medical doctors have spoken out about this alarming trend and are urging parents to reconsider their options to get 2nd opinions and seek natural ways to help their youngsters. Something as simple as a healthy diet can often solve behavioral problems, these experts say.

A holistic movement is happening as people realize that healthy foods and lifestyles is the answer, is being met with opposition by big pharma (pharmaceutical companies.) Public access to vitamins and supplements is currently being challenged with new legislative attempts (supported by big pharma lobbyists) to regulate vitamins as drugs. This type of effort is troubling at minimum. Today's food supply provides less & less of the needed nutrients, and includes many harmful chemicals that can make even youngsters sick.

At a recent "free day" for seniors, an annual event at Long Beach Aquarium of the Pacific, adults over 50 came in bus loads for free admission (normally costs around $20) to wander the Aquarium, listen to lectures on eating healthy, and even watch a cooking demo with free fish samples. 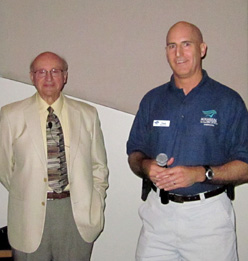 "People usually live longer if they eat the right fish," Dr. Dominic DeCristofaro, MD, told a packed auditorium at the Aquarium of the Pacific. The cardiologist recommended eating 3 ounces of farmed salmon or a 6 ounce piece of mackerel every week. Research has shown that certain Omega fatty acids found in the fish are beneficial in reducing arthritis, depression, diabetes and high blood pressure. The Long Beach-based physician also said "Chunk Light Tuna in Water" is good but make sure it's not albacore tuna. He talked about the importance of having a balance of Omega 3 and Omega 6 fatty acids. He recommended not eating swordfish on a regular basis. The doctor talked about pollutants like mercury, chlordone, PCBs and DDT in certain fish.