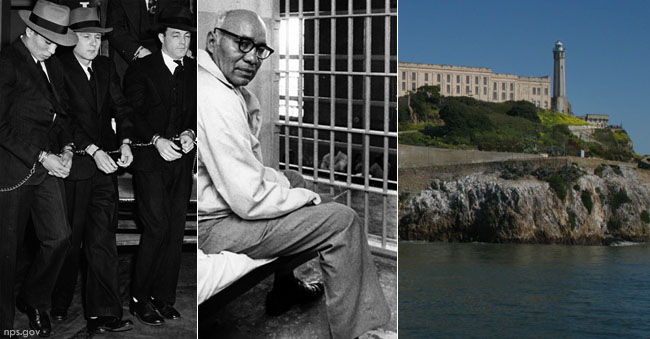 Ranking among the top tourist attractions of the National Park Service and San Francisco, Alcatraz holds great fascination because of its isolation that earned it the name, The Rock. Today many believe it is haunted and tour Alcatraz hoping to experience ghostly encounters. The federal prison surrounded by treacherous waters was reputed to be escape-proof. Among 14 separate attempts involving 36 inmates, a successful escape has never been confirmed. 23 inmates were recaptured, 7 shot and killed as they fled, and at least 3 drowned. Five inmates in 1937 and 1962 remain unaccounted-for. 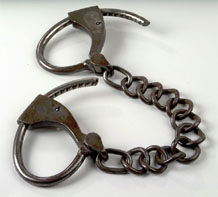 Some escape attempts were violent. Among the most infamous incidents was the 1946 Alcatraz Blastout in which six inmates overpowered an officer and stole his keys. After breaking into a gun gallery to grab weapons, they realized that the confiscated keys didn’t work on any doors leading out of the prison, and that other inmates wouldn’t help them. Taking several officers hostage, a two-day long gun battle ended when the U.S. Marines arrived and help reclaim the cell house. Officers Harold Stites and William Miller, and three inmates were killed during the siege. The three recaptured inmates shown in the left photo above (Clarence Carnes [left], Sam Shockley [center], and Mirian Thompson [right],) were tried & convicted of murder. Shockley and Thompson were executed at the gas chamber at San Quentin in December 1948, but Clarence Carnes (center photo) found guilty and sentenced to life imprisonment, was paroled in 1973. Clarence Carnes narrowly escaped the gas chamber for his role in the 1946 failed attempt to escape from Alcatraz. 34 years after the Blast-out, and 17 years after Alcatraz closed, the paroled Clarence Carnes returned to visit the prison in 1980.