Expand Your Food Repertoire in California's Melting Pot of Soups 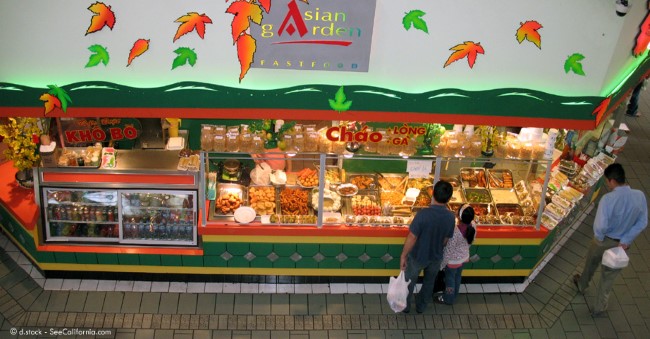 If you live in or visit California, chances are there's a world of food options that surround you, though maybe you've never tried a bowl of hot, steamy pho. When a new restaurant opened near the beach called "What the Pho?", it escaped locals that the pronunciation of ‘pho' is ‘fu' with a short u vowel sound, thus it was probably meant to sound like ..."what the fu..?" And perhaps that's why the place didn't make it.

My first introduction to pho soup came through an invitation from a Cambodian immigrant to California. She owned a Chinese restaurant I frequented, but her real food passion was for her native dishes that she was able to enjoy in Little Saigon, located in Westminster, Calif. I trailed along with her to her favorite spots in the Asian Garden Mall and we sat in a little indoor cafe where the menu offered over 15 types of pho. I told her to pick one and I'd try my own bowl. Oh boy!

The soup had a beefy broth which was unusual tasting from the beef flavor I know, but what got me was the odd assortment of things in the bowl. What the pho? There were bones and stringy, unchewable things. I am not really sure what I ate, but it grossed me out. (It didn't help that the food market we passed before eating had a vat of live frogs at the meat counter.)

Vietnamese pho sometimes features tendon and tripe and the chicken pho is made using the same spices as beef pho but the broth is made using only chicken bones and meat as well as some internal organs of the chicken such as the heart, the undeveloped eggs and the gizzard. That could explain those odd things in my bowl!

This introduction to trying something new doesn't have to be your experience. I now see pho restaurants popping up all over the place and they look like Subway sandwich shops with soups that are much more mainstream than my first sample. As the "melting pot" absorbs different peoples, cultures and foods, the pho I've tried recently has tasted more like Ramen chicken soup.

California's prominent immigrant food is Mexican, though the food in Mexico is not the same, say the people who make this fast food version of tostadas and tacos. In the heavily populated Hispanic areas of California you can get fresh Menudo on Saturday mornings, which is the Mexican version of pho. It also has odd meat things in it which I don't like too much, after trying it. It turns out the primary meat ingredient in Menudo is beef tripe made from only the first three chambers of a cow's stomach: the rumen (blanket, flat, smooth tripe), the reticulum (honeycomb and pocket tripe), and the omasum (book, bible and leaf tripe).

From Indian (more to my liking with curry sauces) to Japanese, Chinese, Korean, Cuban and Vietnamese, there's a world of exotic flavors and tastes enjoyed by millions of Californians who think hamburgers & fries are quite boring.