Heal the Bay – Stay Away (after it rains)! 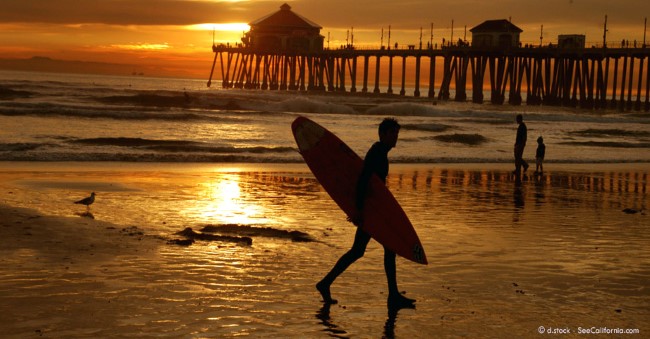 The rain has just passed through California, leaving a dusting of snow in Mammoth Lakes, blue skies everywhere you look, and ocean water not fit for humans. Tourists aren’t aware and locals tend to forget about the 24 to 72 hour rule–stay out of the water–it’s not COOL!

While logic would tell you otherwise, the reason the water should be avoided has to do with trash. There are thousands of miles of streets, creeks and rivers delivering their a steady flow of toxins and trash to the sea during storms. Oil, trash, and things you can barely imagine all make their way to the ocean and remain concentrated in the near shore waters for around 72 hours.

If it’s so bad, why are the surfers still out there in water after storms? Good question! The surfers usually have kept up their course of Hepatitis vaccinations and though some get sick like the rest of us, they prefer to take the calculated risk. One of my neighbors is famous surfer who nearly lost his life after exposure to polluted ocean waters. Several brain surgeries later, he’s bounced back, but he easily could have died. His situation isn’t the most common, but exemplifies what can happen.

Stay out of the water for at least 24 hours after it rains. If you can wait for 72 hours (3 days,) it is the recommended amount of time to wait.

From Heal the Bay (healthebay.org)

After the so-called first flush, debris and toxins that have been accumulating for months on sidewalks, roadways and riverbeds are now being washed into the storm drains. Major outfalls funnel manmade debris, animal waste, toxic chemicals, automotive fluids and aerial outfall into the marine ecosystem. It is estimated that more than 80% of marine debris comes from inland sources.

This pollution poses human health risks, harms marine life and dampens the tourist economy by fouling shorelines. Exposure to runoff can cause a variety of illness, most frequently respiratory infection and stomach flu. Human pathogens of unknown origins are also frequently carried in storm-drain gutters.

Here is a summer water quality report we previously posted. On checking the water quality today, even after it rains, Heal the Bay organization data doesn’t reflect the current situation. Their reports only come out once a week on Fridays. So be your own guide, and stay wise.