Here Comes Surfing Santa, But Where Did Santas Claus Come From and How Did He Get His Name? 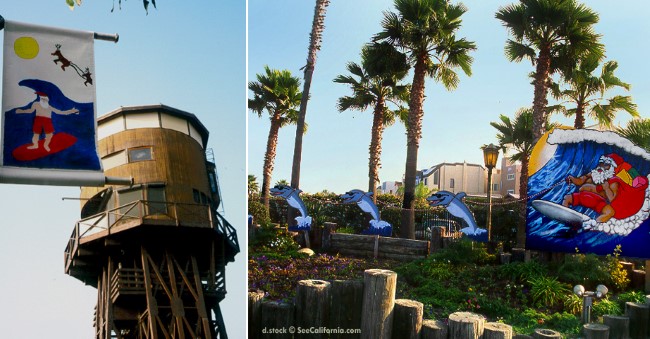 Pictured is a California beach version of Santa riding a surfboard and driving a sleigh of dolphins in cities Sunset Beach (left photo) and Surfside.

Los Angeles is known as the “city of angels” and Santa Claus is known throughout California from Santa Monica to Santa Margarita, Santa Paula and Santa Catalina, as the good-natured, fun-loving dude who rides in the waves from the West, dropping off toys to all the good girls and boys throughout the state.

Though some may scoff at this wacky state’s own version of the the Santa Story, “Santa” is a common name of for cities throughout California and has good vibrations as the word in Spanish is assigned to female saints. Oh, so Santa Claus is a woman? Not so fast!