Biggest Boat Parade Weekend of the Year Comes To California This Week! 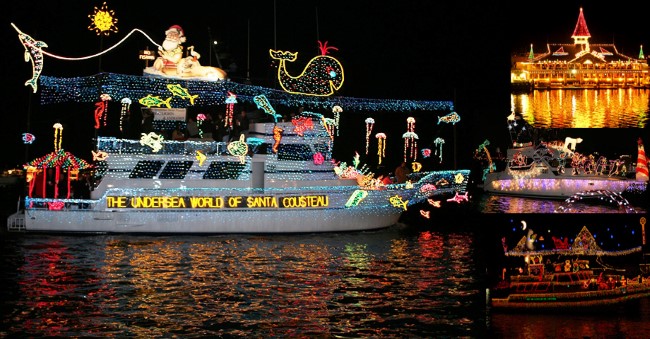 For night revelers and boat parade junkies, this is your weekend to shine. The biggest, brightest boat parades on the coast are happening and you won’t want to miss out on the fun. From San Francisco to San Diego, there will be hundreds of thousands of people flocking, gathering and snapping away as the themed parades float and glide along the Pacific inland waters in the biggest city’s bays. It’s an exciting, once-a-year time to enjoy the human imagination manifested in thousands of colorful lights that create scenes beyond belief.

Here are the highlights of the busy California weekend boat parades: