Italy’s Best Cooking Passed Down Through Generations in California 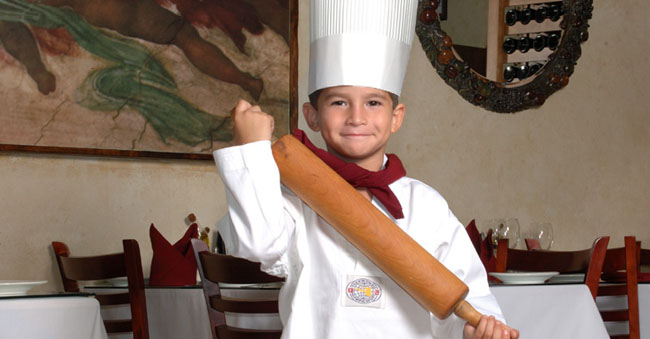 Not everyone grows up to become a successful chef after watching mom or dad make superb dishes. But in the Italian culture there seems to be an exceptional passion for making delicious meals, and the kids that grow up watching parents cook have fairly high success rates when they venture out to launch restaurants or take over the existing business. Pictured is a California youngster whose father owns an Italian bistro called Sebastiani’s. While the boy’s success as restaurateur or chef is not secured, it’s a pretty good bet that he’ll have a head’s up when it’s his turn to cook in the kitchen.

These are but a few of the countless examples of why Italian food is so special in California.