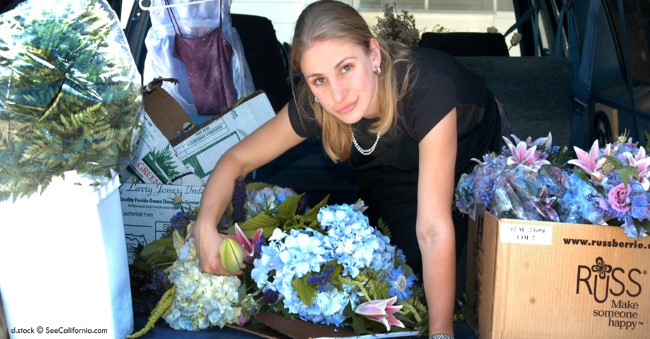 A woman photographed at the Camarillo Ranch in Camarillo, Calif. could easily pass for Julia Roberts. Remember Roberts in “Runaway Bride”? This woman pictured was actually at a wedding. She didn’t really want to talk so maybe she was Julia?

Sometimes you have to marvel at what makes a star or why you didn’t become one when you look so much like a person who’s famous and makes millions of dollars. Why does one person who looks nearly the same as 20 similar versions “make it” when the others don’t?

The siblings of celebrities have the same parents, similar looks, and yet they tend to live out ordinary lives with less scrutiny than their star relative– a sister, bother, mother, father, son or daughter. A USC study about what makes celebrities tick found that individuals with narcissistic tendencies appear to be attracted to the entertainment industry –rather than the industry creating narcissists. The study was based on a standardized test of narcissistic personality traits administered to 200 celebrities.

Narcissists generally crave attention, are overconfident of their abilities, lack empathy and can evince erratic behavior. However, they are also well-liked, especially on first meeting, are extroverted and perform well in public. While while men are more likely than women to evince narcissistic traits in the general population, the authors of the USC study found that among celebrities, females were more narcissistic than their male counterparts.

While chances of making it are slim, there are many how-to guides on how to become the nanny of a celebrity, and other such service-oriented jobs surrounding these bigger-than-life personalities.