One of many events held throughout California and the U.S. to remember the 10th anniversary of 911, motorcyclists rode throughout Southern California along Pacific Coast Highway (shown in photograph) to honor the fallen heroes of the Fire and Police Departments in New York City, and to remember those who lost their lives in the tragic attack.

Motorists, police officers and even bicyclists pulled over to watch the parade of motorcycles go by. Prominently seen at events throughout the state of California were adults and children waving American flags. Many fire and police departments opened their doors and offered local memorials. 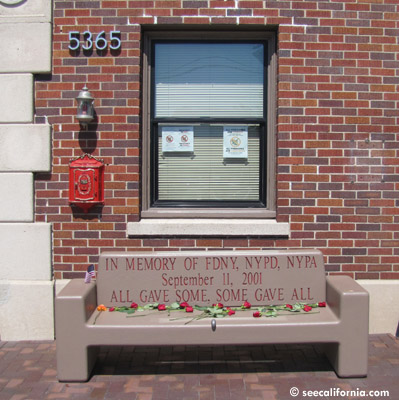 In Belmont Shore where an annual car show was held along 2nd Street, the local fire department placed flowers on a memorial bench in front of the station.