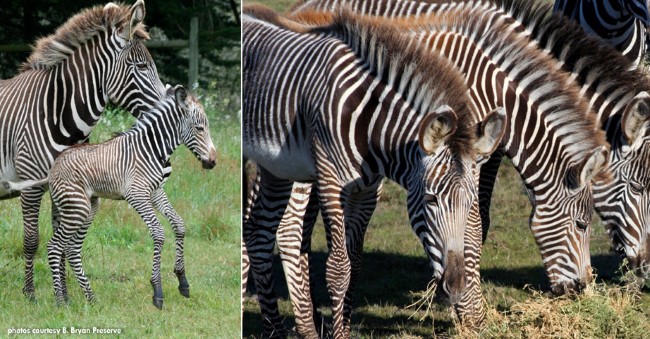 Adorable, rare & precious–six Grevy’s Zebra foals were recently born in California, something that rarely occurs in captivity, much less in California! Like proud parents, B. Bryan Preserve in Point Arena, Mendocino County, is pleased to announce the birth of six Grevy’s Zebra foals. Go see them! Call: (707) 882-2297; email fmello@bbryanpreserve.com to reserve a tour or check out details on bbryanpreserve.com, where you’ll also see the Guest Cottages available for vacations.