Photo of Real Witch Before Brew! Study Says Coffee Good for You! 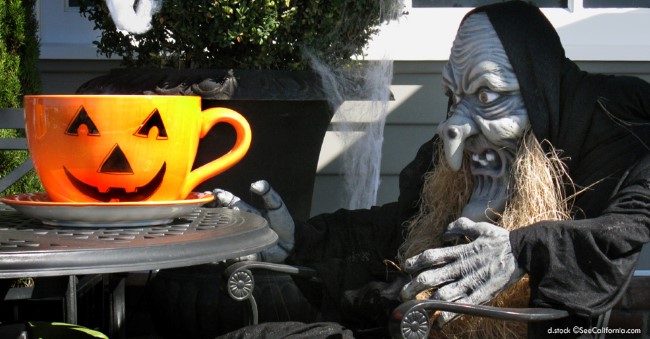 Do you know one of those “witches”–the person who pulls out a broom and screams, “Don’t talk to me before I’ve had my coffee!”? For those on the receiving end or delivering the venom before a strong witches brew kicks in, the good news is that science just keeps on proving it’s healthy to plow down another cup of coffee, especially for a witchy woman.

The most recent research on coffee points to 15% less depression for women who drink 2-3 cups of java per day and 20% for those gulping down 4 cups or more.

A study published in Archives of Internal Medicine tested more than 50,000 women between the ages of 30 and 55 over a 10 year period. Compared with women who drank little or no caffeinated coffee, those who averaged two to three cups per day were 15% less likely to develop depression, even after the researchers took into account a wide range of potentially mitigating factors including marital status, church or community participation, and various health measures. The flip side is that women who drink four or more cups of coffee per day tend to be addicted to caffeine, and if they don’t get their morning fix, they can be real witches.

What goes into the witches brew, a Halloween standard served up in the very best novels by William Shakespeare:

Fillet of a fenny snake
In the cauldron boil and bake :
Eye of newt, and toe of frog,
Wool of bat, and tongue of dog,
Adder’s fork, and blind-worm’s sting,
Lizard’s leg, and howlet’s wing