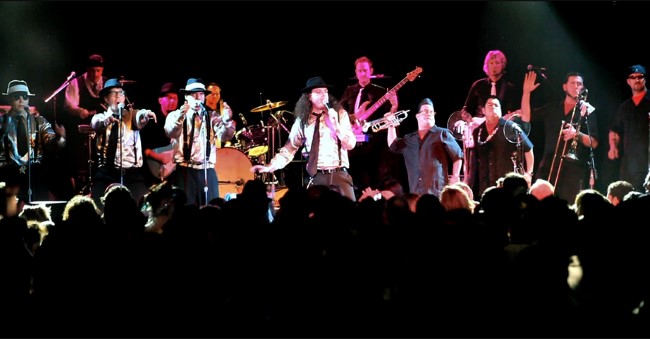 Michael Jackon music thrills the world, and is especially popular in California where the King of Pop lived. You can see tribute dances at places such as the Battle of the Dance attraction in Anaheim, or the MJ Thriller Halloween Ball, featuring the Bay Area’s haunting band FOREVERLAND – An Electrifying 14 piece tribute to Michael Jackson, with special guest Pamela Fields singing the songs of Janet Jackson. This 2nd annual Halloween extravaganza will be held at Bimbos 365 Club on October 29, 2011 (bimbos365club.com) and the Avalon Santa Clara on October 21, 2011 (http://foreverlandhalloween.eventbrite.com). Ghoulish, ghastly and zombie attire is encouraged, and there will be a costume contest with prizes for the best MJ Look-a-like, Erotic, and Scariest Costumes.

As the manslaughter trial rages on with doctor Conrad Murray accused of killing Michael Jackson, the tributes to the pop star and his music are coming on strong in Thrill Day events that commemorate the icon’s music.

Michael Jackson was 51 when he died on June 25, 2009. The slender 5’9″ singer who weighed a mere 135 pounds, hoped for a comeback in his career with a world tour. The pop icon who sang, danced and performed spectacular stage shows was bigger than life to many around the globe, and on October 29, 2011, they will dance to one of Jackson’s best known songs, Thriller.

How big is Thriller? The Thriller album by Michael Jackson remains the best-selling release of all time, with sales estimated up to 110 million copies worldwide. The song Thriller from the 1984 album release was written by Rod Temperton, produced by Quincy Jones, and performed by Michael Jackson with guest Vincent Price speaking on the song.

Since Jackson’s death, a group of fans from more than 30 countries around the globe adopted the Thriller song and popular Zombie dance associated with the song in a world Thrill Day held in 2010. The most famous dance routine ever, Michael Jackson’s Thriller was filmed in 1983 in downtown Los Angeles at 3701 Union Pacific Avenue.

In 2011, the thrills live on. There are dance events in various cities throughout the world, and California. You can sign up and form your own thriller event or join up with one in California at thrilltheworld.com.

Here are California city locations, name of contacts, and emails:

(Please note that this is dated material –do not contact individuals at later date. )

Before the event participants are encouraged to dress up as a zombie for the Thriller performance. Any old, ripped-up dress or costume will do it. You may come already dressed if you wish, but feel free to bring your clothes and makeup to change at the venue. Thriller lessons at most events are held a few hours before Thrill Time.