Skate Dog Knows How to Roll 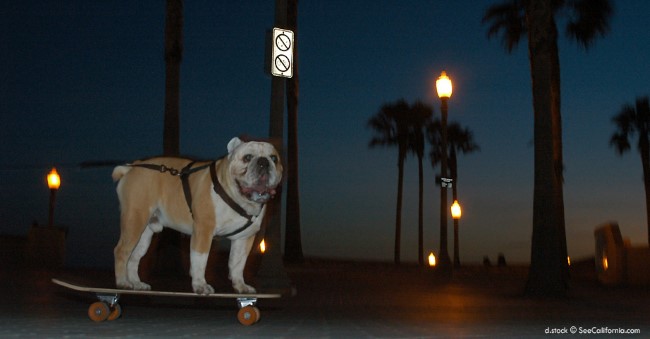 No matter how many times you see the skate dog do tricks — such as hanging ten over the edge of a board — you can’t help but marvel that the animal has mastered a skill that many humans can’t accomplish.

Tyson the Skate Dog had plenty of tricks up his sleeves during his prime. Like so many legends, other skate dogs have gone on to replace his stunts and wow crowds in places such as floats in the Rose Parade. In 2012, after the dogs have amazed audience during previous years, the wow factor was slightly lessened. So now, one of the floats will feature skate dogs in addition to human skateboarders who, for the first time ever, will roll off the float and into the crowds.

The Rose Parade has had a challenging year as some cities & municipalities have dropped out of the sponsorship. It’s a great idea to add some excitement such as the skateboarders. After all, this is a high tech world we live in and it’s hard to teach an old dog such as Tyson new tricks!