Suffering & Suffrage - California's Women Get Right to Vote 100 Years Ago! 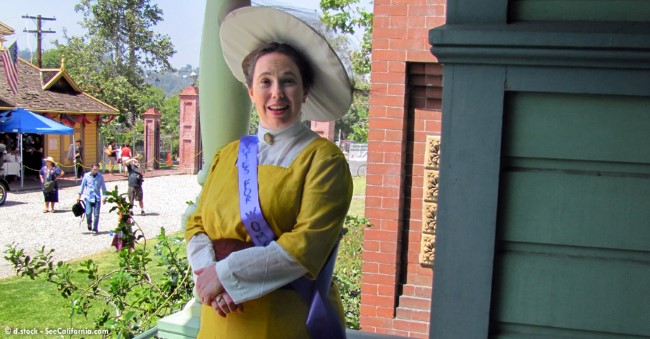 About 131 million people voted in the 2008 U.S. presidential election. By sex, women had a higher voting rate (66 percent) than males (62 percent). You've come a long way baby, considering women were not allowed to vote until the passage of the 19th Amendment, which gave American women the right to vote in 1920. California, on the forefront of women's rights, granted the same voting right to the state's women in the special election on Oct. 10, 1911.

To celebrate that achievement, events and exhibits have been going on for nearly a year ranging from a women's suffrage parade in San Luis Obispo to a women's suffrage exhibit at Heritage Square in Los Angeles. The California League of Women Voters has taken an active role in promoting the momentous event that gave women the same freedom (and responsibility) men enjoyed.

Two special events worth checking out include a Sacramento History Museum exhibit celebrating 100 years of California suffrage and an Autry Museum of Western Heritage event on September 18, 2011 called California Woman's Suffrage Centennial. Activities include the premier of the documentary, "The Sixth Star: California Women Win the Vote!" It will be shown in Los Angeles (theautry.org) and in Sacramento at the Capitol Museum (capitolmuseum.ca.gov) Read more...>