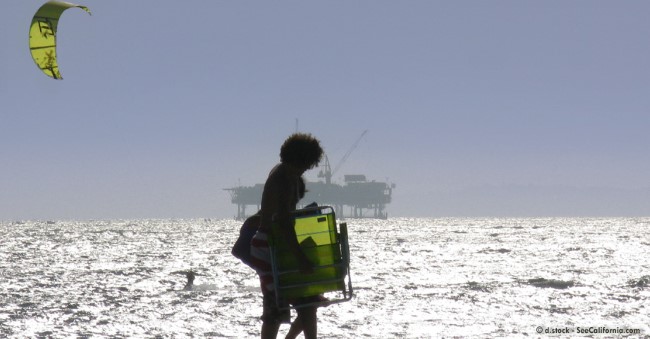 As protestors outside the nation's capitol rally on Labor Day Weekend against President Obama permitting the Alaskan Pipeline between Alaska and Texas, residents in California have watched their Labor Day Weekend gas prices go up, up, up. We look out from our shores at oil being pumped, our landscape is filled with derricks and jackpumps, and we have many oil museums, for gosh sakes. Yet we pay some of the highest prices in the U.S. to fuel our cars. How can this be?

California charges the most in gas taxes of any state in the U.S. If you want to hit the average man where it hurts, tax him for his gas that he needs to get to work. Here's the chart of tax rates for gasoline in the U.S. You'll have no problem seeing where California stands.

A second reason cited as to why our gas costs more involves regulatory steps to reduce air pollution, thus mandating use of various blends of cleaner-burning gasoline, called "boutique fuels," that are specially formulated to meet federal and state emissions regulations. Gasoline sold in California is not the same as gasoline sold in Arizona or Las Vegas. Creating these different fuels results in "island" markets and inhibits the ability of refiners and marketers to move supplies from one region to another to meet local or regional demand. There are currently 18 separate formulas of gasoline mandated for different regions.

As for gas taxes, Alaska has the lowest gasoline taxes in the country at 18.4 cpg, while California has the highest, at 60.9 cpg. Now doesn't that make you feel a whole lot better as you fill your tank?

Californians consume nearly 44 million gallons of gasoline and 10 million gallons of diesel every day. California refineries produce these fuels and other products from crude oil and blending components. Transportation fuel production in California depends on the availability and quality of the crude oils used by refineries in the state. Receipts of foreign crude oil have increased as production sources from California and Alaska have continued to decline. Crude oil production in California has decreased by 23 percent since 1996 and the decline in supply in the state has increased reliance on foreign and domestic imports. Starting in 1994, California refineries received more imported crude oil than in-state sources. By 2005, California crude oil accounted for about 37 percent of the total receipts.