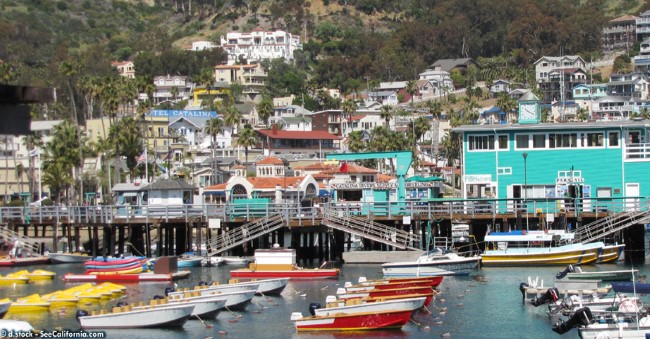 As you hit the road for a weekend of fun, maybe your destination is the Pacific Ocean, where temperatures are expected to be warm, though cooler than the inland climes that will reach 100 degrees. The most popular beaches in California don't always wear a posted sign telling tourists the water is bad or fine. Such a system could be put in place and maybe one day it will be, just for public health and safety. As it stands right now, the only thing you'll ever know is when a beach is shut down.

While problems persist that could be fixed in Catalina's Avalon if the sewage pipes and system were upgraded, the area around the beautiful Green Pleasure Pier continues to be plagued with degraded water quality. Other trouble spots include small areas of Malibu, San Mateo County beaches, Santa Cruz, San Clemente in The OC, and Pismo Beach in San Luis Obispo County. In most these places, the problems originate in small, localized areas as specified by testing results of water.

While you may think the problems are isolated to California, the truth is we're one of the few states that actually measures and posts the water quality grades. As tourists travel around the globe, they throw caution to the breeze and dive into waters that could really make them sick. Don't be naive! Many cities around the world do less to measure, mitigate and educate tourists about such problems. The good news in California is that repeat problem spots in San Diego, Orange, Los Angeles and Ventura Counties, and the Bay Area are not on the alert list as summer 2011 comes to an end:

Other beach alerts include a stingray problem. Before you go into the water, check with local lifeguards (when available) to determine if rays are in the area. If so, you're advised to shuffle your feet when going into the ocean to avoid stepping on one of the rays. Its sting is painful, though not generally considered dangerous. While sharks have closed down limited beach areas along the coast this summer, it appears that nearly all the beaches are open as summer 2011 draws to an end.