Will Rogers State Historic Park in Pacific Palisades, a Contrast to Getty Villa 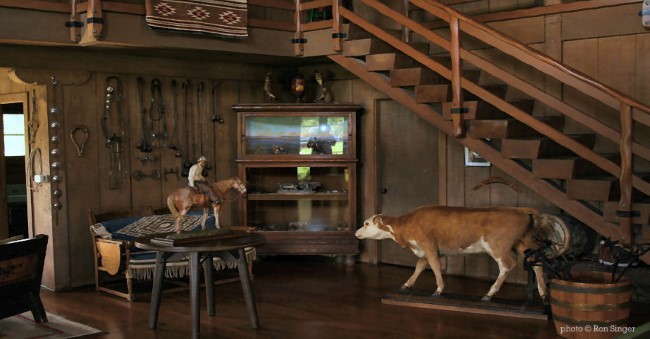 People from around the globe travel to Los Angeles to see several of the world's finest museums-The Getty in Los Angeles, and Getty Villa in Pacific Palisades area of Malibu. The collections of an oil baron span the ages and great cultures of ancient Greece, Rome, and Etruria from 6,500 BC. When Jean Paul Getty died in 1976, he was the richest man in the world topping over a $1 billion in assets.

Just up the road from the luxurious Getty Villa and worlds apart in lifestyle is a tribute to another maverick of the early 20th century, Will Rogers. Coming from Oklahoma where Getty spent time dabbling in the oil fields Getty's father owned and operated, Will Rogers likewise traveled the globe working and exploring. While Getty made money on the oil from Rogers' native land, Will Rogers took another turn spending his life as a cowboy, an actor, satirist, humorist, and commentator, often criticizing the disparity between the extremely rich and the poor.

Many international tourists (and locals) don't venture a mere five miles from The Getty Villa to see another facet of California lifestyle where a ranch house with simple Western decor commemorates Will Rogers, who lived at the Santa Monica mountain ranch with wife Betty, and their children. Rogers was born in 1879, and died in a plane crash in 1935.

The ranch and grounds are an historic site operated in the Los Angeles County region of the California State Parks. It is open to the public with guided tours of the house and grounds usually offered by kind docents who share a passion for local culture and history. Ranch House tours are offered Thursdays and Fridays at 11 am, 1 pm and 2 pm. Ranch House tours on Saturday and Sunday are from 10 am to 4pm, on the top of the hour. This attraction appeared on the 2008 list of potential California State Parks closures but remains open. To avoid any surprises, call before going: 310-454-8212, ext. 103.

While books, movies and tributes have been produced to honor the witty American ambassador of common sense, you can get a glimpse into the personality of this famous Western legend with a few of his sayings: