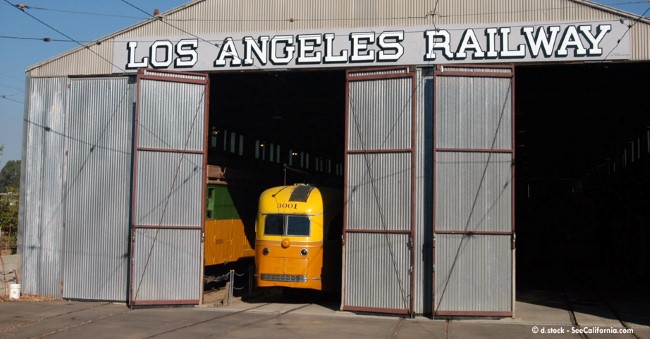 Trains and their importance to California are often overlooked or forgotten. Before there were trains connecting the Golden State with the rest of the country, people had to travel by ship to get to the West Coast, or across land that included mountains and the dangerously hot desert (two European tourists died in Joshua Tree just last week due to heat exhaustion). Some of the famous mistakes that go down in California history include the Donner Party journey across the U.S. The group with families, women and children traveling on foot and in covered wagons drawn by horses took a short cut through mountains costing many of them their lives.

In Promontory Summit, Utah, the last spike driven to join the tracks of the Central Pacific and Union Pacific Railroads, connected the First Transcontinental Railroad on May 10, 1869, thus making it possible for travelers to get to California in the easiest, fastest manner. What happened in the following decade is nothing less than spectacular in the state's growth. The U.S. doubled its tracks to cover over 70,000 miles and by the turn of the 20th century the completion of four subsequent transcontinental routes in the United States and one in Canada created the infrastructure that led to the boom times when many of today's cities in California were established.