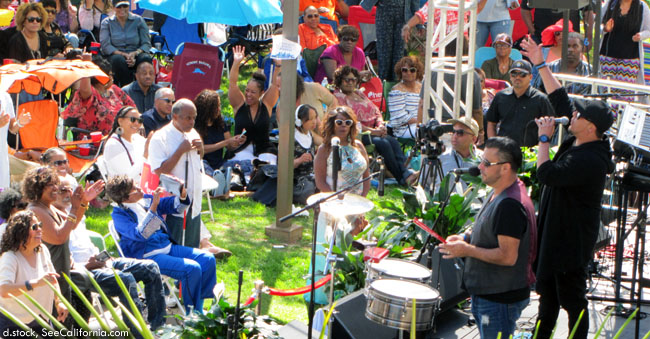 It's no wonder a concert on Inglewood City Hall Lawn featured the song, "Oh Happy Day." What's the great news?

This video of Inglewood Councilman Padilla discusses what's so great about Inglewood.

Alex Padilla describes Inglewood as "the city on the move." He says, "Inglewood is going to have the Number One football stadium here. It's going to have the Chargers and the Rams. We're redeveloping Downtown Inglewood. We're redeveloping Hollywood Park. We're on the move. We're building a brand new senior center that will be up and running this year. We'll rejoin Century Boulevard. It will be a much better driving experience. So with all the things happening in Inglewood...we have the Number One Forum in the State of California, Number Four in the Nation. That just shows you that Inglewood is the place to be..."

Less than 2 miles and 5 minutes from Los Angeles International Airport, the sight of jets overhead is undeniable. In 2016 approx. 81 million passengers departed and / or arrived at LAX, flying the friendly skies above Inglewood as part of their trip. Many jobs, businesses and careers in this vibrant city are tied to the airport, related industries & services.

But Inglewood has a lot going on all by itself. The city with a population of more than 100,000 hosts some of the biggest concerts in California at the Fabulous Forum (ranked #4 in the nation.)

Inglewood looks forward to its role as "the City of Champions" when a completed sports stadium becomes the home two NFL teams -- Los Angeles Rams and Los Angeles Chargers -- for the 2019-2020 season.

In addition to the closest, quickest access to international flights at Los Angeles International Airport, Los Angeles Metro rail system is uniting Inglewood - LAX with the vast network of cities throughout the county from Pasadena to downtown L.A. and Long Beach on the county's southern beach border.