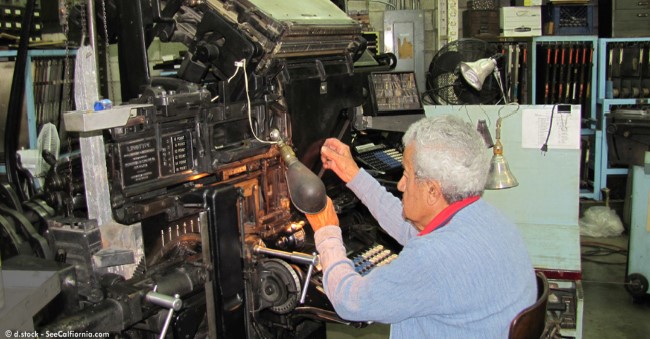 CARSON, CALIF. -- The once popular terms, "Mind your Ps and Qs" and "out of sorts" came from the printing industry.

The museum also has examples of early typewriters. In 1867, a Wisconsin printer named Chris L. Sholes led the effort to create the first commercially successful typewriter. "The creation of the typewriter opened up the business world to women," Soinski said. There's just so much more to enjoy, you really have to see it for yourself.

On tours at the International Printing Museum in Carson, Luis Garcia is one of the many volunteers who has a passion for printing. Maybe you'll be lucky and get to see Garcia operating a Linotype machine, something he has done in Mexico City, Chicago and Carson for 68 years. The 83-year old stays young by flawlessly operating the late 19th Century invention that produces an entire line of metal type at once. It revolutionized typesetting and enabled newspapers to expand.