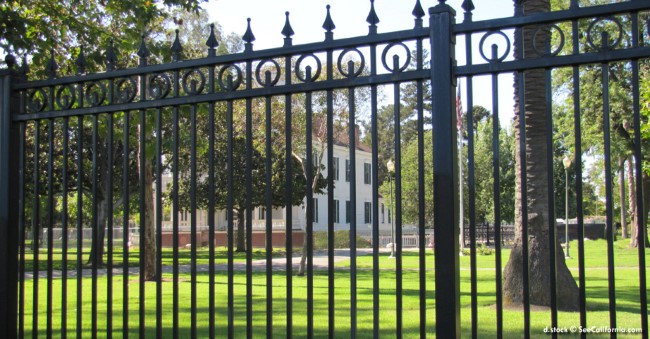 Wilmington is Synonymous with Banning

Wilmington is a city in Los Angeles County near the port of Los Angeles. It was one of the first places to introduce transportation and shipping into the region, thanks to a successful business man, Phineas Banning. A highlight to any visit to Wilmington is the Banning Museum comprised of the Phineas Banning's country ranch home built in 1864. Listed as a National Historic Landmark, tours are offered by docents who take you through the history of early Los Angeles through the eyes of Phineas and his family.

Another attraction worth checking out in Wilmington include Drum Barracks Civil War Museum, the U.S. Army headquarters for Southern California and the Arizona territory during the Civil War era. Location: 1052 N Banning Blvd., Wilmington, CA

A museum is housed in the last remaining wooden building of Drum Barracks named after Adjutant General Richard Coulter Drum, head of the Department of the Pacific, served as the Union Army headquarters in the Southwest (Southern California and the Arizona Territory) from 1861 - 1871. Drum Barracks, which was first called Camp Drum, served as the main staging, training and supply base for military operations in the Southwest. The land was sold to the Army by Phineas Banning, and B. D. Wilson, who each received one dollar, with the agreement that the land would revert back to them after the camp was closed.