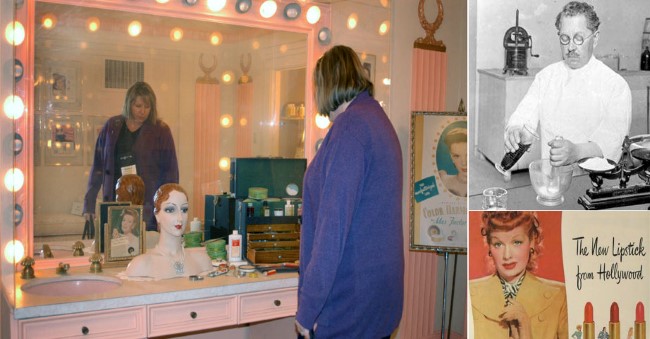 Designing women (and men) know that a large percentage of glamor is about products. In fact, Max Factor used to say that any person could look like a star by using his cosmetics. A visit to The Hollywood Museum (near Grauman's Chinese Theatre) lets you not only enter the building that once belonged to the father of modern-day make-up, it invites you into the make-believe world he helped create for the film industry through his hair and skin color inventions that turned Lucy into a famous redhead.

Factor was a Polish emigrant who began an apprenticeship to a pharmacist at the age of 8 and wig maker at the age of 9. He quickly advanced up the ranks, opening his own business on the outskirts of Moscow where he became known and sought out for his hand-made rouge, makeup, fragrances and wigs.

He aspired to be involved with the film industry so he packed up his family and moved to Hollywood in 1908. Word of Max Factor's special make-up for actors spread more rapidly than the fluid ingredients that didn't crack or cake. Actors and actresses lined up to gain access to the guru  who could create individualized products for different skin types and hair colors.
Factor died at the age of 65, but his legacy lives on.  Max Factor company is now owned by Proctor & Gamble and promoted as 'the make-up of make-up artists'.

The first floor of The Hollywood Museum is devoted to Max Factor and includes original furniture, lighting, and cosmetic displays.