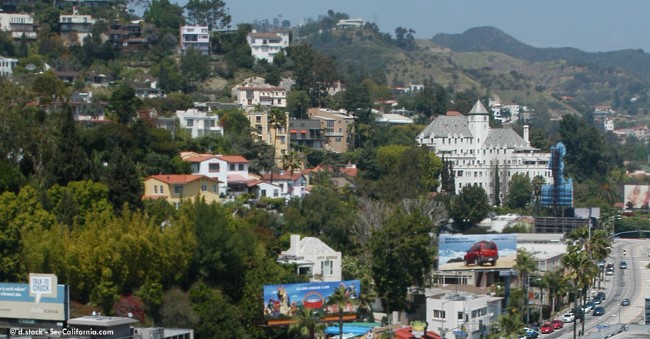 West Hollywood is the epicenter of unusual living. From the unique shops such as a Hustler with window displays that amaze, to the ultra-design shops and boutiques, West Hollywood features cutting edge design concepts and alternative lifestyles with a large gay population.

West Hollywood became known for the entertainment industry and night clubs where many great music and comedy acts got their start in clubs such as Whiskey a Go Go and the Laugh Factory and the Comedy Store.

For visitors hoping to stay in WeHo, it offers relatively affordable options compared to Beverly Hills and the more expensive places nearby. One of the top choices is Andaz West Hollywood, a Hyatt Regency hotel with fantastic decor.

Annual events that rock the town include the biggest outdoor Halloween celebration in the U.S., West Hollywood Carnaval. The event runs several days with a variety of hilarious contests such as the High Heel Drag Race, and an amazing line up of concerts and entertainment. Hundreds of thousands of people attend the event, an annual tradition.

West Hollywood is an ideal place to stay during a visit to L.A. Be sure to park your car at your hotel and walk to all the entertainment that this destination affords.