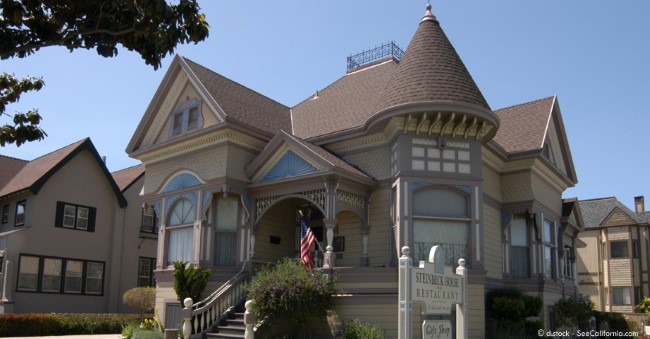 Just a few steps from the National Steinbeck Center sits John Steinbeck's boyhood home, The Steinbeck House. Now a restaurant, The House is a visitor favorite with its prix fixe menu and docent guided tours. The restored Queen Anne Victorian transports its patrons to early California times. Drop below to the Best Cellar Gift Shop for quaint culinary and craft gifts. The Harvey Baker House, thought to be the oldest standing structure within the Salinas City limits, is close by and also available for tours.

Only 2 blocks, a pleasant and scenic stroll on Central Avenue, between the house and Steinbeck Center you can see two attractions. The Steinbeck House is where the literary legend grew up. It is open to the public for daytime dining! For around $10-15 you can sit in the very rooms where the young Steinbeck spent time with his mom & dad--his parents moved into the property in 1900. Steinbeck was born in 1902 and lived to 1968.