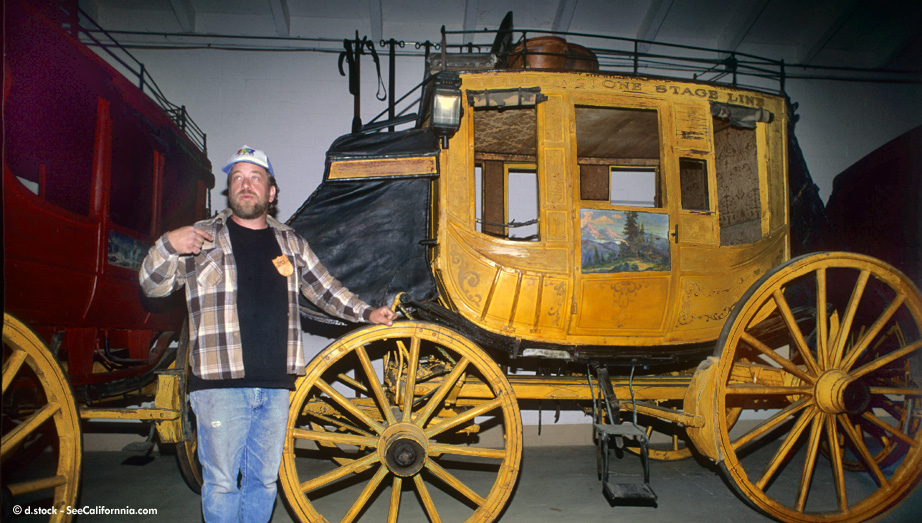 It is so fitting that a former stage stop would honor its roots with a museum that contains one of the best collections of stagecoaches and wagons in the U.S.


The Santa Ynez Valley Historical Museum's Parks-Janeway Carriage House collection includes over 35 horse-drawn wagons, stagecoaches and carriages dating back to over 100 years ago.

Don't know your surrey from your cart or backboard wagon? That's just the beginning of lessons about life before there were Fords, Chevys, Chryslers, not to mention Toyotas, Mercedes, and other motorized vehicles that put the carriage trade out of business, and more than one horse out of a job.

There were dozens of styles of carriages and wagons that people used to hitch horses to and make use of the original "horsepower" before the turn of the 20th century. Hitch wagons, runabouts, hunt wagons and even hearses carried everything from military supplies, hunting supplies, kids to school, ladies and children to shopping downtown, bodies to the grave, and military supplies for soldiers in battle.

A descendant of the famed Davey Crockett, John Crockett, is the museum's carriages and wagons specialist. Known throughout the Santa Ynez valley, his father, Paul Crockett, drove a 6-person carriage for the Danish Inn in Solvang during the 1970's so John grew up around horse-powered vehicles, and he saw how the rides delighted people of all ages.

For over 20 years young Crockett (a descendent of famed Davy Crockett,) has restored antique carriages and wagons in the Parks-Janeway Carriage House where he works as Curator.

Among the collection favorites, he especially likes a Western Style Stage Coach that was operated by the Yellowstone Stage Lines, most likely transporting visitors to Yellowstone Park and back again. Carrying 11 passengers, a driver and shotgun guard, the vehicle employed teams of four to six horses, depending on road conditions and grade or slope of the hills and mountains.

Highlights you'll learn about during a visit and maybe see include:

* Wagons which are large
* Buggies that are smaller
* Carts, he smallest of the three with two wheels and often pulled by one horse or pony.

History: The Parks-Janeway Carriage house was founded in 1961. It was dedicated to the late Tom Parks and Fred Bixby by Betty Parks and Elizabeth Bixby Janeway as part of the Santa Ynez Valley Historical Society Museum. Local residents dug their heels in to fund the museum and continue a legacy through education and preservation of the region.