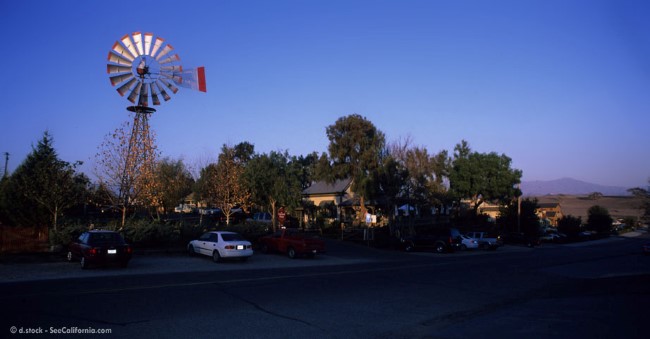 If you want to see a part of California's history come to life, do check out this fantastic museum with an extensive collection of California carriages and stage coaches.

The Parks-Janeway Carriage House really steals the show in Santa Ynez, where its location next to the old Santa Ynez Jail packs a punch, filled brim-full in its modest 7,500-square feet space containing more than 36 carriages.

For today's novice car driver, there's a lot to learn about the transportation vehicles of yesteryear, and Parks-Janeway is the best place to learn. Wagons, carts, stagecoaches, and other historical modes of horse-drawn transportation are on display, and through your day of exploring, you discover which vehicles were taken out for short rides and which were used for distance trips.

The vehicles involved horses. You had to have a horse to pull your wagon or carriage, or maybe a team of horses, depending on its size. The Carriage House showcases an outstanding display of saddles, riding equipment and saddlery including Visalia and Bohlin saddles, bridles, harnesses, and other tack.

One of the exhibits at the museum honored the 100 year birthday of former U.S. president Ronald Reagan. The exhibits contain both contemporary and historic items.

Santa Ynez represents the best of the Central Coast as much as any city or town. In the spring everything turns green, and by summer the hills take on a golden brown color. Not far from town is where Michael Jackson once owned and lived at Neverland Ranch in Santa Barbara County. The countryside that frames the downtown scene in Santa Ynez offers a stark beauty you'll only understand when you visit, stand in front of the museum and look out to those distant, mellow mountains.