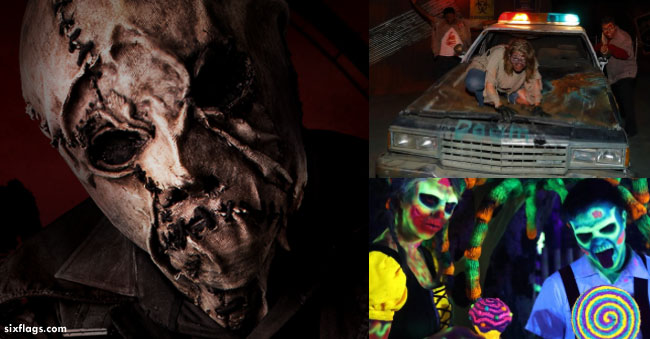 Fright Fest offers fun for kids and adults in two different experiences. For kids there's Trick or Treat Trail and Halloween Crafts during the daylight hours. When the sun goes down the haunting begins at 7 p.m. with mazes, creepy clowns, zombies and creatures from the deep dark crevices of Earth. 6 mazes +