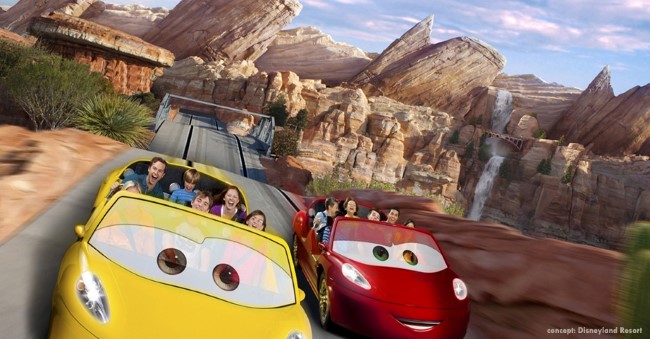 While we like to think of California as the theme park capital of the USA, we'd be fooling ourselves to say that the state is the only game "in town." Even Californians like to travel to Florida to see and experience Walt Disney World and the Sunshine State's extensive offerings. Many states have amusements and attractions you may want to check out but our focus here is on the Golden State (California.)

Disneyland is so popular that it's hard to find ticket deals that are a 'steal.' Buying packages that include hotels offer greater savings but that's not needed for locals who are day-tripping. If you want to visit the Magic Kingdom, you have to pay the price, no regrets. You can also put Disneyland tickets on your birthday or Christmas wish list and keep your fingers crossed.

Knott's Berry Farm is our affordable (relatively speaking) option to Disneyland for a day's entertainment. It's Old West and Ghost Town themes are appealing, it has a great bakery for cookies & pies, and for roller coasters and thrill rides it has an edge. It takes about 20 minutes to drive between Disneyland and Knott's, which excels in its Halloween attraction, Knott's Scary Farm designed for a slightly older crowd.

Legoland California in north San Diego County is a super fun place for kids who are into Lego bricks. Adults enjoy the theme park, as well, and take advantage of perks such as Carlsbad beach and shopping at the factory outlet nearby. Since many parents and siblings help kids build their Lego kits, adults will get a kick out of the miniland buildings and towns from Las Vegas to New York.

SeaWorld San Diego continues to care for its sealife and showcase conservation efforts while focusing more & more on amusement rides. Set along the San Diego Bay, you can't escape fantastic weather and scenic settings, the theme park's warm hospitality and colorful seasonal shows with music, drum rolls and even fireworks!

California's Great America is the Bay Area's one of two major theme parks operated by Cedar Fair, the same company that operates Knott's Berry Farm and Gilroy Gardens. Sometimes it's closed so check their schedule before you go.

Six Flags Vallejo is 2 parks in 1